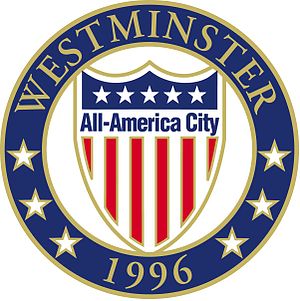 Arrested for DUI in Westminster?

Have you been arrested for driving under the influence in Westminster? Nothing is more valuable to you when you have an unexpected DUI arrest than the time it takes to prepare. Most people never think they will be facing DUI charges, and don’t know what their rights are. They also don’t know where to find a qualified Westminster DUI attorney to defend them.

When a person is arrested for DUI, he/she will only have 10 calendar days to respond. You will need to find an experienced Westminster driving under the influence attorney to represent you and to request a hearing for you. Failing to have your hearing scheduled by the end of the 10 day period will lead to your license being suspended. You may also face more severe penalties when your case goes to court for trial.

Information You Need to Know Now

Time is very important after being arrested for driving under the influence in Westminster. In addition to requesting a hearing, your Westminster DUI attorney will also need to have some time to prepare for your defense if the case were to proceed to trial.

When Your DUI Case Goes to Trial

Even if you are going to trial with a positive Blood Alcohol Content (BAC), do not give up hope of winning your case. Many different factors affect a breath test, which can lead to false BAC results. Your Westminster DUI attorney will use the extra time allowed when going to trial to build on your defense by adding witnesses, evidences and expert witness testimony to assist. He will also use the common fallacies of the breath test to weaken the impact of your breath test results in an attempt to have your case dismissed.

What You Need to Know About the Westminster Breath Test

There are a wide range of assumptions upon which the validity of breath testing relies. These same assumptions can be attacked by an experienced driving under the influence lawyer who is familiar with the DUI laws in Westminster and Orange County.

One significant assumption is that the sample was properly obtained. You must have been placed under continuous observation for a full 15 minutes before the breath test in order to avoid “mouth alcohol”. If the operator of the machine failed to abide by the laws, your test may be invalid.

For some individuals, medical conditions can make them an improper candidate for taking a breath test. Be sure to share any medical conditions you may have with your Westminster DUI attorney, including common ones like gum disease or heartburn.

The assumption that your breath is 34 degrees centigrade when it passes through the device is another assumption the breath test machine makes.  Studies have determined that the real average breath temperature for those arrested with DUI is closer to 35.5. The end result is a reading that is between 10 and 20 percent higher than the actual measurement.

When the breath test is administered, it also assumes that you have absorbed all of the alcohol in your system. The breath machine is calibrated according to this assumption as well. If it has been fewer than two hours since you had a drink, you may still be absorbing the alcohol. As a result, your reported breath alcohol reading may be much higher than your true blood alcohol level.

These assumptions are some of the common challenges made to breath tests. Another factor is whether the machine was properly operated, maintained and calibrated. There are also medical conditions that can cause inaccurate readings including dental problems, such as bridgework or gum disease.

Westminster Police Department has Audio of the initial contact.

Get Driving Directions to our office

Back to Home Page