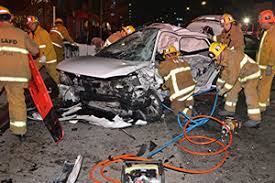 A conviction of second degree murder (Watson Murder) requires a finding of malice aforethought. Penal Code §188 provides: “Malice may be express or implied; malice is implied when no considerable provocation appears, or when the circumstances attending the killing show an abandoned and malignant heart.
Malice is implied when the killing is proximately caused by an act, the natural consequences of which are dangerous to life, which act was deliberately performed by a person who knows that his conduct endangers the life of another and who acts with conscious disregard for life.
In Watson, the leading case, the defendant had consumed enough alcohol to become legally intoxicated. The court found it significant that the defendant “had driven his car to the establishment where he had been drinking, and he must have known that he would have to drive it later.”  Although the court presumed the defendant was generally “aware of the hazards of driving while intoxicated,” the court did not base its holding on that fact. Instead, with respect to the implied malice element, that court emphasized that the defendant drove at highly excessive speeds and nearly collided with a vehicle after running a red light and avoided the accident only by skidding to a stop. He thereafter resumed his excessive speed, and then belatedly attempted to brake leaving extensive skid marks before colliding with the victims’ car. The Supreme Court noted that this behavior suggested an actual awareness of the great risk of harm, which he had created.
Our courts have extensively discussed the mental state required to support a murder conviction, as opposed to a gross vehicular manslaughter conviction, in drunk driving cases. Unlike a finding of gross negligence, which may rest upon a jury’s objective determination that a reasonable person would have appreciated the risk of harm, a finding of implied malice “depends upon a determination that the defendant actually appreciated the risk involved, i.e., a subjective standard.”  Further, the Supreme Court has emphasized “a conviction for second degree murder, based on a theory of implied malice, requires proof that a defendant acted with conscious disregard of the danger to human life.”   A defendant’s conscious disregard of a substantial risk of bodily injury is insufficient to support a murder conviction.
In order to establish implied malice, the prosecution must show that a defendant was subjectively aware of the risk of death created by driving while intoxicated.   When the conduct in question can be characterized as a wanton disregard for life, and the facts demonstrate a subjective awareness of the risk created, malice may be implied.  It is not enough that a reasonable person would have been aware of the risk.   As one court explained, “[t]he distinction between ‘conscious disregard for life’ and ‘conscious indifference to the consequences’ is subtle but nevertheless logical. Phrased in everyday language, the state of mind of a person who acts with conscious disregard for life is, ‘I know my conduct is dangerous to others, but I don’t care if someone is hurt or killed.’ The state of mind of the person who acts with conscious indifference to the consequences is simply, ‘I don’t care what happens.’
The punishment for second degree murder is 15 years to life.  It is a serious and violent offense which requires that 85% of the sentence be served before there is eligibility for parole.