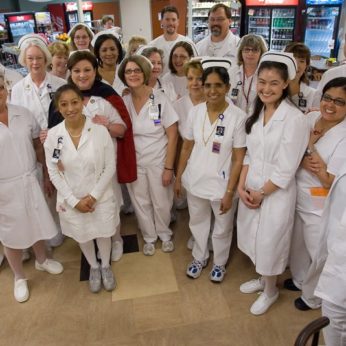 California Nursing Board And DUI

It used to be the case that nurses would not run into a problem with the California Board of Registered Nursing for a first offense DUI conviction. At most, the nurse might be asked to submit a copy of the police report and explain what he or she is doing to avoid any future problems with the law. Although this remains generally the case, a formal disciplinary action may be instituted by the Attorney General where the circumstances are deemed aggravated (e.g., a high blood-alcohol level, injury accident, etc.). When the nursing board suspects an alcohol dependency problem, they may use a DUI or other alcohol-related conviction to require the nurse to undergo a psychological evaluation, physical evaluation, random urine tests and substance abuse rehabilitation.

The Legal Basis For Nursing Board Actions In DUI Cases

It may also demand that they take a leave of absence from work. The Board has jurisdiction to discipline the licensee under B&P §2750 which provides for discipline of nurses under the Nursing Practices Act. B&P §490 provides that the Board may suspend or revoke a license on the grounds that the licensee has been convicted of a crime substantially related to the qualifications, functions, or duties of the profession. B&P §493 provides that the record of conviction of the crime is conclusive evidence of the conviction but the Board may inquire into all of the surrounding circumstances of the offense in order to fix the degree of discipline or, to determine if the conviction is substantially related to the qualifications of the licensee. B&P §2761 provides the Board can take action against a licensee for unprofessional conduct under (f) which includes conviction of a felony or any offense substantially related to the duties of a registered nurse.

Section 1444 of Title 16 of the California Code of Regulations provides that an act or conviction is sub- stantially related if it evidences the present or potential unfitness of a registered nurse to practice safely.

In addition to the above, the Board has authority to suspend or revoke a license for unprofessional conduct under B&P §2762 which includes the use of dangerous drugs or alcohol to the extent or in a manner which is dangerous to the licensee or the public or to the extent that such use impairs the ability of the licensee to conduct himself or herself professionally with safety.

Nursing Board Consequences For DUI Convictions

Traditionally, the conviction of a non aggravated  1st time DUI has not been considered to be substantially related and will not result in an accusation before the Board if the blood alcohol level is below a 0.15%.  The Board has recently taken a much harsher position on 1st time DUI and is now filing accusations against nurses with  BAC levels above a 0.08% on a case by case basis.  It is therefore critical for Nurses facing DUI charges to hire lawyers who not only specialize in DUI Defense but also have knowledge and experience before the Nursing Board.

The Board also has the power to act under B&P §§125.9 and 148 and issue a Citation Order, which can carry a fine up to $2,500.00 as discipline. Even though sanctions are limited to fines, the nurse has a right to an administrative hearing and should consider exercising that right in light of the fact that the citation becomes part of the nurse’s permanent record and will be disclosed to the public on request for a period of (3) years under CCR §1435.15.

The recent decision in Sulla v. Board of Registered Nursing (2012) 105 Cal.App.4th 1195 dramatically changes the scope of discipline that nurses in California can expect in even routine, non-aggravated first offense DUI convictions. Sulla pled no contest to a first offense DUI after being involved in a non-injury collision with a center divider and a blood alcohol concentration of .16%. At the hearing, the evidence showed that Sulla was a highly respected nurse who had no record of prior disciplinary actions. Colleagues had never seen signs that he was impaired on the job or had been drinking before he came in to work, and he did not have a habit of coming in late or calling in sick. A fellow nurse who was also a personal friend testified that Sulla rarely drank when they socialized together, and she had never seen him drink heavily. A board-certified psychiatrist who evaluated Sulla believed he did not meet the diagnostic criteria for alcohol abuse or dependence, and that his conviction “represents a single, isolated episode of poor judgment.” The ALJ ruled that there was no cause for discipline under sections 490 and 2761, subdivision (f), because both of those provisions require proof of a criminal conviction “substantially related to the qualifications, functions, or duties” of a registered nurse. He reasoned that Sulla’s “single DUI conviction does not evidence, to a substantial degree, a present or potential unfitness to practice nursing in a manner consistent with the public health, safety or welfare.” However, the ALJ concluded that discipline was appropriate under section 2762, subdivision (b), which provides that it is unprofessional conduct fora nurse to “[u]se … alcoholic beverages, to an extent or in a manner dangerous or injurious to himself or herself, any other person, or the public or to the extent that such use impairs his or her ability to conduct with safety to the public the practice authorized by his or her license.” The ALJ also ruled that discipline was appropriate under sec- tion 2762, subdivision (c), which defines as unprofessional conduct the conviction “of a criminal offense involving the … consumption … or self-administration” of alcohol. Sulla’s argument that he was denied equal protection of laws because discipline of physicians requires 2 or more convictions was rejected based on the Court’s conclusion that a “rational basis” exists for the dissimilar regulation.

When the nursing board suspects an alcohol dependency problem, they may use a DUI or other alcohol-related conviction to require the nurse to undergo a psychology evaluation, physical evaluation, random urine tests and substance abuse rehabilitation. It may also demand that they take a leave of absence from work.

Multiple offenders will be asked to participate in the Nurses Assistance Program in lieu of disciplinary proceedings. Many nurses forgo the Nurses Assistance Program because of the requirement that they take abstain from work for a substantial time and attempt to work out appropriate conditions of probation through negotiations while contesting the Accusation before the Board.

A helpful Nursing Board publication entitled “Recommended Guidelines for Disciplinary Orders and Conditions of Probation” may be accessed at www.rn.ca. gov/pdfs/enforcement/discguide.pdf.

Your best chance to avoid license discipline by the California Nursing  Board is to have the best qualified lawyer to represent you for your DUI case.  At the Law Office of Barry T. Simons you can be assured of the strongest commitment to the defense of your DUI charge coupled with experienced representation before the Board if necessary.  Our goal is to avoid discipline by avoiding a conviction.