Home > Blog > Uncategorized > WAS YOUR BLOOD OR BREATH TEST AN ILLEGAL SEARCH? 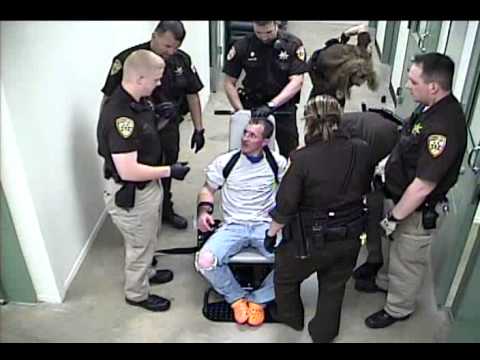 WAS YOUR BLOOD OR BREATH TEST AN ILLEGAL SEARCH?

BLOOD TESTS AND THE CONSTITUTION

The Fourth Amendment to the United States Constitution protects us from unreasonable searches by law enforcement and various government entities.  In California where a DUI occurs the arrestee is required under state law to give a chemical sample of breath or blood.  A person may refuse to submit to a chemical test but there are additional criminal consequences and a potential for a forced blood draw.  The United States Supreme Court has recently expressed concern as to the invasiveness of a blood draw for a DUI arrest and the legality of criminalizing a person’s refusal to submit to a chemical test.  As a result a DUI case may not be indefensible as some may think, especially if the evidence obtained was from an illegal search.

In most DUI arrests, law enforcement officers do not seek out a warrant for a blood or breath sample.  Warrants are the proper device required to search a person or premises unless there are acceptable circumstances that would excuse the government from obtaining a warrant.  In California an applicant for a driver’s license agrees to submit a chemical sample if arrested for a DUI.  This is known as implied consent.  Consent to a search is one of the exceptions to the warrant requirement.  Still, the issue remains whether consent in exchange for a license also is consent to an unreasonable search.

In 1966 the United States Supreme Court decided forced blood draws after a DUI arrest was reasonable so long as it was done in an accepted medical procedure.  The blood draw was ruled reasonable in Schmerber because the law enforcement’s actions was incident to a DUI arrest and supported by exigent circumstances.  (Schmerber v. California (1966))  The court justified the reasonableness of a DUI chemical test because obtaining a warrant would take too much time.  The passage of time would result in the elimination of alcohol from a person’s blood.  As a result a blood draw was determined to be the proper procedure without a warrant in order to preserve evidence related to the DUI arrest.  This heightened awareness of blood draws and 4th Amendment implications lead to a greater discussion almost 50 years later in the cases of Mcneely and Birchfield.

In the case of Missouri v. Mcneely the United States Supreme Court analyzed Schmerber and the reasonableness of a chemical search incident to a DUI arrest.  The high court noted the accessibility for a warrant was much easier than the days of Schmerber.  As a result the consideration for timeliness no longer justified a warrantless search.  Still, there was a question whether the warrant requirement protected both breath and blood tests or just blood tests as were reviewed in Schmerber and Mcneely.

One of the petitioners in Birchfield v. North Dakota (2016) submitted to a breath test but argued a warrant was required to obtain this chemical sample.  The court made a distinction between the two tests in their opinion and ruled a blood draw is an intrusive invasion of one’s privacy into their body by way of a needle injection.  Breath tests however were ruled not as invasive as blood tests and therefore deemed an acceptable warrantless search incident to a DUI arrest.  You win some and you lose some.

Birchfield also reviewed the issue of implied consent and its relation to criminalizing a refusal to submit to a chemical test.  The conclusion was that drivers could not be criminally punished for refusing to submit to a blood test based on implied consent.  In California a prosecutor may still file a criminal allegation in addition to the DUI for a  refusal to a chemical test.  Based on Birchfield, if that test was a blood draw the criminal allegation is not in accordance with the court’s interpretation of the United States Constitution and thus unlawful.

WHAT POLICE MUST ADVISE

Prior to a forced blood draw and obtaining a warrant for a blood draw after a DUI arrest, an officer must explain to the arrestee their rights and consequences of refusing a chemical test.  A failure to advise a person of their rights and consequences could mean the search that resulted was illegally obtained.  An illegal search is more evident when a person is not given an option to do a chemical test, but is ordered to do a breath or blood test.

Generally, most officers will order an arrestee to submit to a chemical test after their suspicions are confirmed that a driver is driving under the influence of alcohol or drugs or both.  Many officers believe they are not required to give a person their formal rights prior to asking for a blood or breath sample.  To some extent this is a true statement.  However, in order for a search to be valid after a DUI arrest, unless there are some other unusual exigent circumstances involved, a driver must be given a choice to do a breath or blood sample.

There are some law enforcement officers that will read the rights and consequences of a DUI chemical sample verbatim from a card they have in their uniform or on a clipboard during a DUI investigation.  This makes it less likely that a driver’s rights have been violated.  Also, most person’s memories are not as clear as to the events and words used during a DUI arrest.  In this instance, audio or video recordings of a DUI arrest are critical to determine whether there was an unlawful search.

Ultimately, many people quickly plea guilty to a DUI because their Blood Alcohol Content determination from a blood or breath test are above the legal limit.  This could be a dangerous decision if the results were unlawfully obtained by law enforcement as a result of a coercive and warrantless search of your blood or breath.  That is why seeking a lawyer that is familiar with the recent and long standing court decisions related to DUI chemical sample searches could save you from destroying your reputation, career, and driving privilege.

Assembly Bill 702 was introduced to the Legislature on February 15, 2017.  This bill is an attempt to deal with the Supreme Court’s decisions regarding implied consent and the fact that you have a right to refuse a blood test.  The Bill would amend Vehicle Code sections 23578 and 23612 and would make it a crime for a person to willfully refuse to submit to, or willfully fail to complete, a breath test after being lawfully arrested for a violation of specified offenses. The bill would specify that this crime does not apply to a person who has submitted to and completed a blood test, as specified.